What areas have you worked in over the years and how did you get involved in WEI?

I’ve spent the last 49 years working in international cooperation. I worked 10 years in the PeaceCorps: 8 of them in Brazil and 2 of them back in Washington DC. I started out as an urban development PeaceCorps volunteer and then worked 7 years with their staff running different parts of the Brazil Program. Eventually I came back to Washington after serving as the Country Director for Brazil and did a couple years at the PeaceCorps Headquarters. Initially I had wanted to be a Foreign Service officer, but decided I was more interested in development rather than diplomacy. 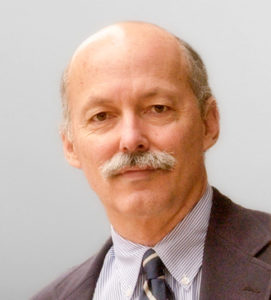 I spent another 21 years with the International Youth Foundation, which is now a global rather than just regional program. I liked the fact IYF was youth specific instead of encompassing all the different things that partners did; agriculture, health, environment, etc.

I retired at the end of last December from full time work, but I’m still involved in a lot of NGO Boards – like WEI – and some corporate work as well, helping corporations think through how they would want to work in corporate social responsibility/philanthropy. Even when I did retire from full-time CEO-ship I wanted to stay involved, and I got to know Margo when she was running the UN Secretary General’s High Level Panel on Women’s Economic Empowerment. We did some work together, and I liked what she was doing there so when she was creating the Women’s Economic Imperative and asked if I’d serve on the board, I said yes.

Through your work in the US and Brazil, what kind of problems would you highlight for women’s economic involvement?

The Brazilian government in the 60s and 70s was looking at the issue of how you empower people – particularly poor people – who tend to be migrants and working in the informal sector, don’t have a full time job, are trying to make ends meet, and have no health insurance. One policy that was passed during that time came about when economists convinced Brazilians that they needed to start giving maids a day off. Most of the middle class had maids, who would get “free housing” when they were working but weren’t getting paid even close to a minimum wage, nor did they have any public health insurance. The legislation passed in the 70’s mandated that they would not only get a day off, but also a minimum salary and a retirement. They would be able to retire 30/40 years later with a very small retirement, bu it was low cost, low level public health insurance and the beginnings of a social safety net. And I will tell you, that changed an awful lot of things.

The micro-credit movement was just becoming an experimental thing in the 70’s, but has been heavily gender based for the last 30/40 years and we have taken it for granted in some ways. It’s not the solution to everything; yes it helps people get by, but it’s not entrepreneurship of opportunity so much as it’s entrepreneurship for survival. Some of those small businesses grew, many of them remained one person businesses, but in the end the movement did begin to help women have more economic power.

The 1970’s saw the US Senate passing the so called Percy Amendment in order to begin looking at the specific socio-economic needs of women in our foreign aid programs, and it was called “Women in Development” rather than “Gender and Development.” Over the last 40 years people have gotten a lot more nuanced and sophisticated in thinking about how to help women and take advantage of their power and potential. The way that WEI today would look at women’s empowerment and societal issues would be different than in the 1970’s, but it grew out of a consensus that women needed to be taken more seriously.

The Women’s Economic Imperative is a 21st century granddaughter of those early Women in Development, good-intentioned not-so-well run programs. Frankly, I believe that you can’t talk about helping poor people if you don’t help them earn more money. Education and health, those programs are very important, but if a person continues to go to school, is healthy, but can’t find a job, they’re not going to be able to escape poverty. It has to be an economic imperative as far as I’m concerned, which is why I love the whole notion of WEI wanting to tackle it that way.

What kind of land tenure issues does Brazil face?

Every big city, anywhere in the developing world has issues with land tenure, and that’s not necessarily a bad thing. It’s representative of people moving to urban areas where they probably have a better chance of sending their kids to a good school and finding stable work.

Right out of graduate school, the work I started out doing in Brazil was similar to that of a social worker. I was working in an urban development program for what they called an “invasion community” – where people from the boonies moved to the capital city – in the early 70’s in Salvador, Brazil. They didn’t go into the mountain tops and build favelas like they did in Rio De Janeiro, in Salvador they literally built a city on stilts, out over the bay little by little and filled it in with the city’s garbage. Over a 25 year period, this small invasion community grew to be about 150,000 people settled in a landfill-type neighborhood of very poor people, right in downtown Salvador.

It was during the Fifth Brazilian Republic that they had a lot of technocrats in the government, and they brought in some bright young urbanologists who came up with a plan to tackle helping the invasion community move forward. They were also tasked with making sure they didn’t do what most cities did, which was build a bunch of public housing way outside the city and then moving the people there where they would be far away from their jobs. And thus the urbanologists decided they would do an innovative kind of thing where they would try to redevelop the neighborhoods while people were living there, without destroying their community and sense of ownership.

One way to tackle the problem of informal settlements is to figure out how to make them formal. You may have read some of what Hernando De Soto (Peruvian Economist) has written about what he calls “dead capital” and property-less poverty. What that basically refers to is you sitting on a piece of property, living there, but not owning it. If you owned it, you could take out a mortgage – you could borrow like most of us do here.

Ownership of the land, and ownership of property (property meaning more than just land, such as stocks or cars) is a way someone builds capital. People build these homes, and they may be shoddy ones with cardboard and tin roofs, pirated electricity and open sewers, but they built something and they neither own it nor are able to borrow money off of it. And if they were to build a second story to their brick and cinderblock house they couldn’t sell it. The ability to buy and sell and take out mortgages is integral to being able to build wealth, and ownership is part of being part of the economy in a more formal way.

How did you see international development approached from a governmental perspective?

I could call PeaceCorps an international development program because it operates outside of the United States and does development. Many of the 230,000 Americans that have served in the PeaceCorps went into foreign service, and our NGO community is filled with people who maybe did the PeaceCorps 20,30 years ago and wanted to stay working internationally on socioeconomic development issues.

I was a Foreign Service Officer because I was a PeaceCorps staffer, and the PeaceCorps is a governmental agency. Those of us that worked overseas carried diplomatic passports, though a lot of PeaceCorps volunteers don’t think of themselves as working for the government. We weren’t playing an overtly political role because we didn’t get involved in what I would call short term political issues. PeaceCorps had, I think very much in John Kennedy’s time, a notion of giving back and showing the world that America could help other countries, not just through giving them money, but through education or involvement.

What are some “hot topic” issues right now?

Climate. No one was talking about climate 30 or 40 years ago. This is an issue that came into prominence in the 90’s and early 2000’s. We had some big environmental programs in Brazil, but they were all about forestry, desertification, or protecting forests and wildlife. No one was talking about it in terms of climate; rather they were talking about it in terms of resource conservation and management. There are humungous national parks in Brazil, but they’re not well managed. And so we had a lot of young Americans with master’s degrees and doctorates in forestry, wildlife biology, or park management coming down and helping the Brazilian government think through how they would manage things better, as well as helping Brazilian universities to develop their first schools of forestry, forest management, wildlife management, etc.

Recently I gave a talk at the alumni association of Foreign Service officers, who tend to be an older audience. They asked me to speak about the youth issues that I’ve worked on for much of my life, particularly the last 20 years at the International Youth Foundation. Besides trying to make the case for teenagers and young adults to be made a higher priority in terms of foreign aid or philanthropy, I said “look, I’m old enough to remember when Women in Development was just being conceived.” We also had global health pushes when we found Ebola and HIV by creating programs like PEPFAR, so over time different issues – climate, women’s empowerment, public health, democracy – that have either emerged or were always there but no one was paying much attention to them.

What women do you look up to, which women inspire you?

I’ve worked for and with some extraordinary women that came into the PeaceCorps, USAID, and other parts of the US government. One of them was Loret Ruppe, the last director that I worked for at PeaceCorps. She came in during the Reagan Administration and did a stunning job as the longest serving director (8 years). Unfortunately, she passed away still in her 60s of cancer, but she was a phenomenal woman. Today, a young woman that served with me in Headquarters is now 77 years old and running the PeaceCorps. She is the 3rd or 4th woman to be named director of the PeaceCorps, and prior to 1980 all 7 or 8 directors were men – white men.

Another was Julia Taft, who ran InterAction, a trade association of our international non-profits in addition to working various government roles. I was Chairman of the Board of InterAction so I was technically her boss, but I always felt like I was working with her. She was an amazing woman but also tragically died in her 60s from cancer.

These were 2 extraordinary women who came of age in the 80’s and did remarkable things for our international development community.