Having worked as a maid herself for 9 years and suffered abuse in the hands of her employer, which included spending nights in the dog house, Shirley Pryce decided to fight her way through her circumstances by acquiring an education. She would attend school in the evenings and work during the day. Her perseverance led to her obtaining a scholarship to study Social Work at Pennsylvania State University in the US.

Shirley then returned to Jamaica upon completing her studies where she decided to set up an organisation called the Jamaica Household Workers Association, whose role is the following: 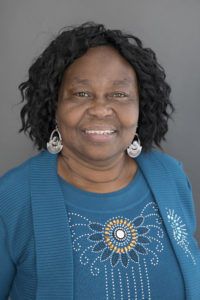 The organisation has grown over the years, reaching a membership of 5,700 registered members and developing 13 chapters across the island.

Shirley’s work has enabled her to partner with several embassies, including the US, Canadian and Swiss embassies, who source domestic workers from the organization. Shirley’s leadership, passion and strong advocacy led her to become Chair of the Caribbean Domestic Workers Union. The Jamaica Household Workers Association also has a Domestic Workers Training Institute which helps provide training and workshops for domestic workers. Shirley is a true testament of what resilience, courage and hard-work can yield. She did not allow her circumstances to determine her destiny, rather she used it as an opportunity to transform the lives of other women in similar situations. The Women’s Economic Imperative is proud to work with Shirley and help support her efforts within the Jamaican community.