WEI Board Members Barbara Orser and Amadou Mahtar Ba were discussants in several sessions and side events and CEO – Margo Thomas was Co-Chair of the Gender Economic Equity Task Force.

In addition, WEI partners were represented by Women’s Enterprise Scotland‘s (WES) CEO – Carolyn Currie and Board Chair – Lynne Cadenhead. Carolyn and Lynne were members of the Task Force and contributed to the Policy Brief on the Economic Empowerment of Rural Women. 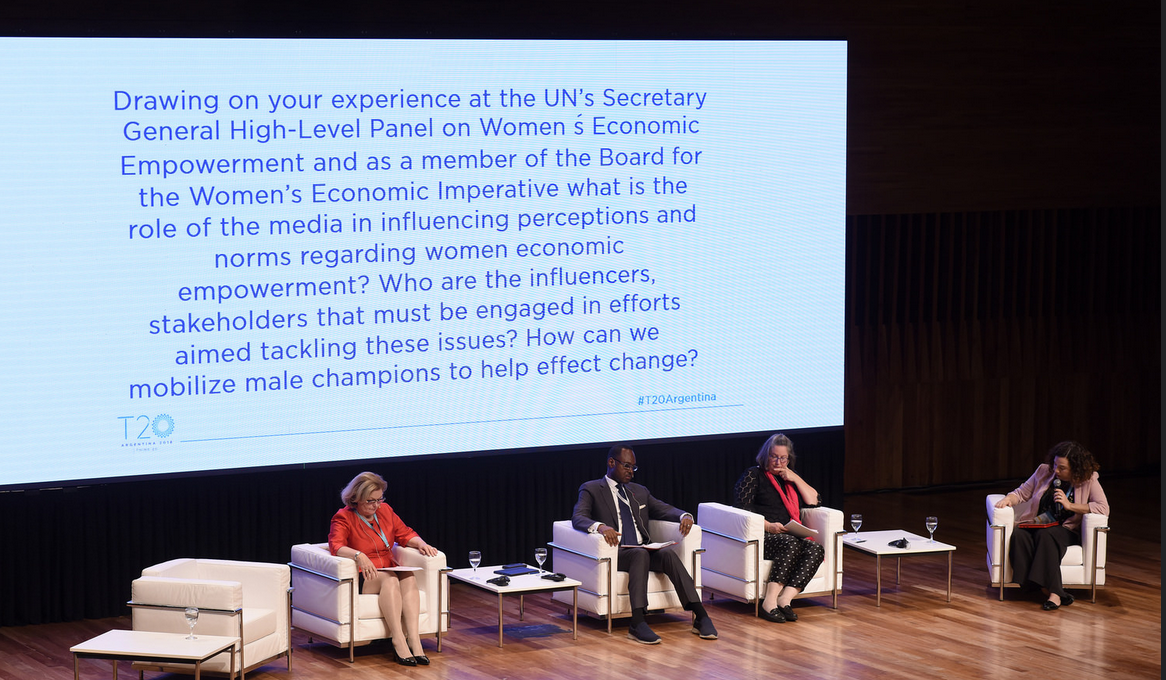 Board Members Orser and Ba participated in a plenary panel on Gender Economic Equity:

In addition, Barbara was a keynote speaker at a symposium hosted by the Argentine Ministry of Labour and Social on Women, Labour and Economic Growth

Margo Thomas, WEI CEO, served as Co-Chair of the Gender Economic Equity Task Force and co-leader on the women’s empowerment agenda of the T20. In this capacity, she moderated sessions at the Summit and Ministry of Labour side event, in addition to participating in the closing plenary session – keynote conversation with think tank leaders and President Macri’s Chief Minister – Marcos Peña. 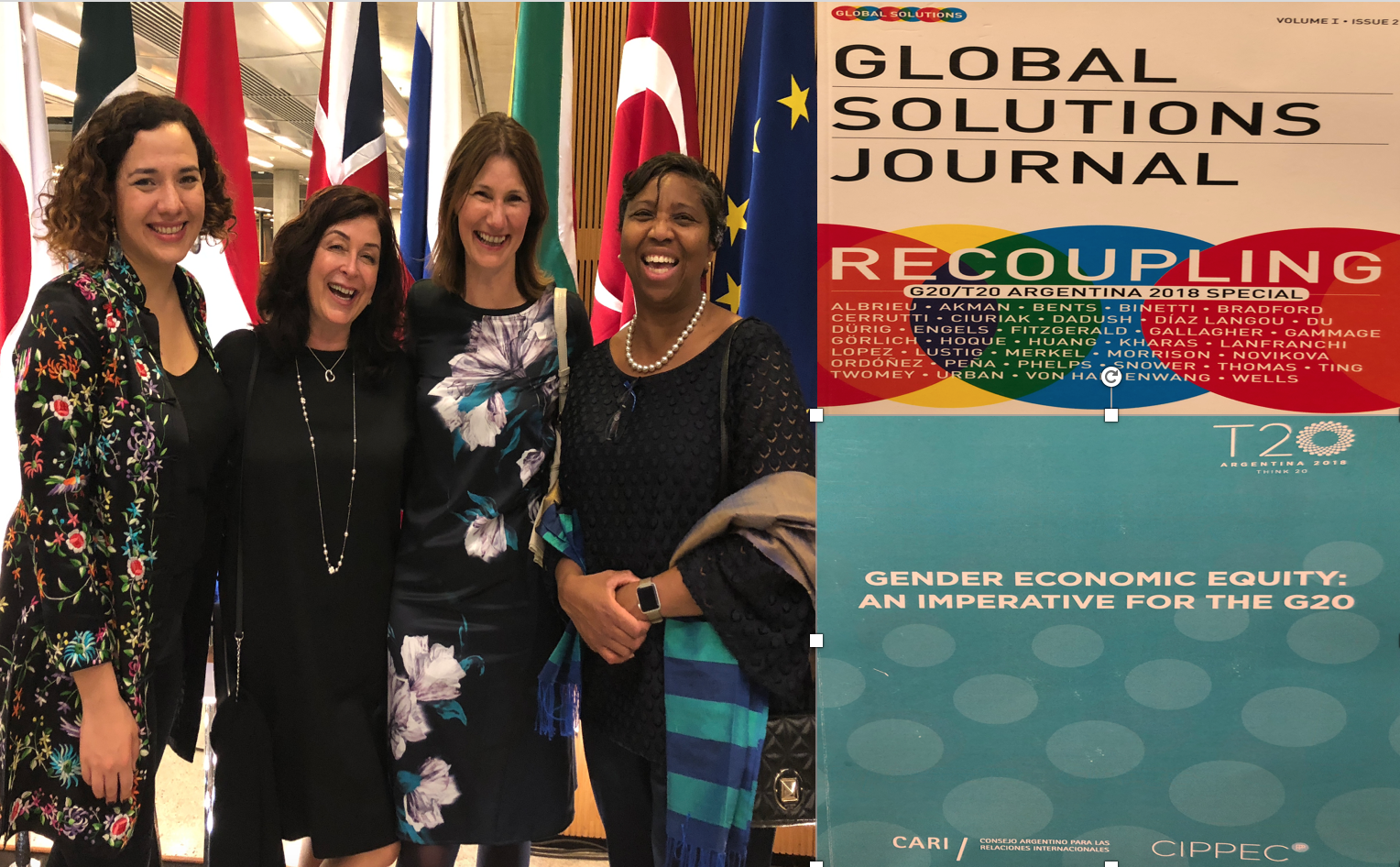